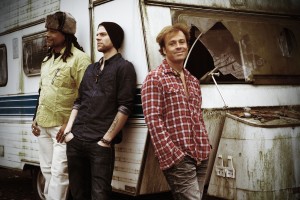 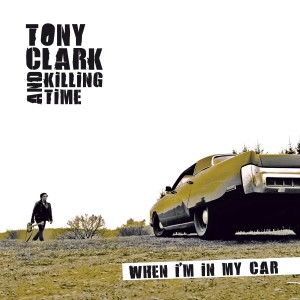 Tall dark trees … the stench of rotting seaweed and oysters, lingering mist wafting over hills and towns. And the slightly deranged humour of a race of men that run around in logger shirts drinking cappuccino – all these things are quite apparent in Tony Clark´s songs, but the German based Seattle native does have more to offer.

Years travelling the globe, sitting in the Himalayas meditating over a sitar, playing the streets of Europe with South American Indians, or bearing the icy cold waterfall of a Japanese zen monastery – all these have left a trace in Tony’s musical oeuvre.

Tony: “At some point, I decided the rock song was the right cup, the flask, the vehicle for conveying my ideas. I tried other things, but it was all too much of a compromise. I´m happy if I can write a good rock song, with some spices thrown in for good measure.”

Tony Clark and Killing Time have been together only for a few months now, but the combination of Emil Abrigada on bass, Sascha Baransky on drums, and Tony´s singing and guitar is the future. “Although we come from really different backgrounds, we spent 3 or 4 hot days together this last summer, and we all loved it…and it was clear that this is

the way we want to play.”

“Emil has played bass in so many hard´n´heavy bands, he’s just gotten harder and heavier than anyone on the planet!,” says Tony.  “I’ve seen few men who are such a perfect manifestation of the instrument: BIG, HEAVY, BASS … a superstar in his own right. I dare anybody to even try to get his fingers around that 6-string neck. Emil is amazing, the essence of low-down, bass, and right on time.

“Sascha is cool…until he gets out of hand. A few days before our debut show, he broke his hand because he just needed to smack somebody. I was nervous, but I knew, if I gave him a bottle of vodka, he’d play. It all went well. “We’re all a little “Fight Club” inside, aren’t we ? Sascha plays drums. As matter of fact, his Dad, also a drummer, says he’s

never done anything else. He’s done Europe’s major hard rock festival, Wacken, as well as a bunch of other local gigs.

So here’s our little offering: When I’m In My Car:

“She’s At the Center of Her World” is about girls that simply need to go shopping … ya know? And it’s the same the world over, Victoria …”

the world.  I can’t seem to concentrate unless I’m on my way to a show. Until I know where I’m driving to, where I’ve got to get to until night falls. If I don’t have that focus, I fall to pieces.

“Stupid (Tonto)” – This is a song originally directed at Dick Cheney. Maybe he’ll hear it one day.

“I Am the Dirt” deals with the lack of civil courage. I simply cannot understand why people stand by and watch when others ar being harmed….it’s a sad reality of our cities these days. A guy gets beat up by a bunch of idiots … I’d rather stand up and ris getting involved in a fight than spend my life wishing I did.

“Fat Girls in the Pool” – Well, it’s all nonsensical. About a real good party in a pool, ya know what I mean?!?!