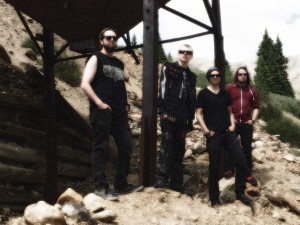 Despite their relatively young ages, Denver’s Red Tide Rising has created a stir within the music world, both on a fanbase and an industry level. The quintet blasted out of the gate upon their formation in the fall of 2007 when brothers Matthew and Andrew Whiteman teamed up with a rhythm section that didn’t work out. The duo found bassist Laura Myers via a music instructor’s referral. They went through a few different lineup changes before settling on the team of guitarist, Sean Verity and drummer, Matt Guerin. Within the timeframe of changing members, the band recorded and released their debut album, ‘Perfect Enemy’ to local acclaim.

Moving forward, the band’s sophomore effort, Inferno, was recorded at various studios throughout Denver and produced by the band’s 19 year old guitarist, Andrew Whiteman. “Managing, producing and recording wasn’t as hard as I thought it would be,” says Whiteman. “We would come together with the songs and make instrumental and vocal changes before hitting studio. Once in studio, if an idea came up, we would record it real fast and continue on from there making the process flow together! Jamey Bartley co-produced the track “Inferno” and further expanded its melodic potential on both vocals and instrumentation.”

Shortly after the Inferno Ep was recorded, the band was doing an interview with Cleveland based Maximum Threshold Radio when the suggestion was made to contact Spat! Records. Management stepped up and a digital deal was initially struck for the lead single from Inferno, “Finding Home.” The single was extremely

well received and a deal was then put in place for the Inferno Ep, as well. The band is also donating a portion of the sales from “Finding Home” to the suicide prevention organization, Out Of The Darkness.

Inferno is comprised of six tracks, including a radio edit of the song, “Welcome To Zombietown” and kicks off with “Unholy“, a track designed to make the listener uneasy and afraid as it represents the negative and sometimes irrational thought process that occurs when someone is depressed. That then rolls into the title track, “Inferno“, dealing with inner conflict in order to achieve balance. “This is a story of the inner struggles of someone who doesn’t want to change their destructive ways, and hopes the only way to overcome it is to reach a point of rock bottom, but deep inside knows there is no hope left and they cannot change, they will always be stuck in a state of their own Hell,” relates frontman, Matthew Whiteman. “Dark Asylum” went through seven different changes before the band was happy with it. Matthew adds, “When it was originally

written, the song was about 7 minutes long. It appears on our first album, ‘Perfect Enemy’, at just

over 5 minutes. We looked back at the song for the Inferno Ep because we liked the idea and groove of the song, but not its time stamp. After many lyrical cuts and revisions, we have the strongest (and catchiest) version of “Dark Asylum!” “Welcome To Zombietown” is a fan favorite and is “simply a survival guide inspired by the movie Zombieland!” laughs Andrew.

In 2010, Red Tide Rising was selected by Go Fast Sports to be the second band endorsed by the company. This opened the door even further for the quintet locally and placed them on the main stage at Denver’s Local Palooza Music Festival. “While recording our ‘Perfect Enemy’, CD we used a session drummer, Josh Tarrant, who at the time was also the drummer for a local band called Random Hero,” recalls, Matthew Whiteman. He introduced us to Random Hero members and management. Random Hero’s manager Scottie Flint assisted Red Tide Rising in getting the sponsorship. Random Hero, of course, is the other band currently sponsored by Go Fast.

The quintet is ready to take on anything and are taking nothing for granted. The band is on the rise and, despite what their name suggests, are anything but harmful to your health. In complete contrast, Red Tide Rising is highly contagious in the best way possible! 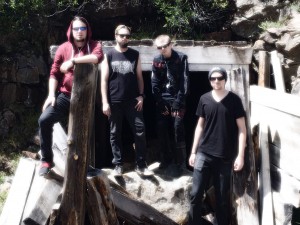