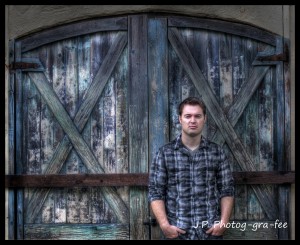 Growing up in Bainbridge Island, Washington, singer / songwriter / guitarist Cole Childers was surrounded by Seattle’s grunge movement, but at 17 with guitar in hand; he knew he wanted music to be his own.He joined the United States Navy in 2000 and his experiences in the armed forces added to the mix of Cole’s creative genius, bringing to life a brand of music that’s dark, fleeting and emotional.After returning from a six-month deployment in 2005 Childers formed Virginia Beach-based band Chasing Corona. The band’s first single, “Sand to Stone” received widespread critical acclaim and quickly became a favourite on several regional radio stations.With Chasing Corona’s ‘Black Eye and Candlelight’ release the band produced enough local interest that The Pilot reported on the making of their “Sand to Stone” music video which was partially filmed on a military base with permission from the Navy. The published stories can be found online at HamptonRoads.com.

Cole has participated in New York City’s Fleet Week Celebration in 2007, 2008 and 2009, once as the main support act for George Clinton, then opening for Joan Jett.  Cole has also shared stages with the likes of Creed and Motley Crue. While in New York City for Fleet Week, Childers appeared on the nationally recognized Jim Kerr Rock & Roll Morning Show

In early 2014 Childers entered Soul Haven Studios in Virginia Beach, VA to begin work on what would become his debut solo release, Aurora. Out of the twenty songs that were written for the record, six made the final cut. “The reason we only did six songs is because I would rather put time and quality into six songs rather than rushing 12 songs with a mediocre outcome,” Childers tells.  “Nothing bothers me more than when a band rushes an album and puts out garbage, when it could have waited another 6 months in order to do it proper justice.  Music is art and deserves to be treated with respect.  Besides, I call a well thought out Ep an album without the filler!”

Aurora kicks off with the hard hitting modern rock track, “Save Me,” (“about someone who has been there for everyone around them, but the entire time they were the ones that needed help,” says Childers),and then slams right into the first single “Fall With Me,” the video of which is shot from a soldier’s point of view.  “This video was very important to me,” relates Cole.  “So many people read military death tolls in the paper and have a standard reaction without true feeling behind it.  We did this video in order to cut to the core of the viewer so they may understand the true sacrifice that military and their families make everyday.”  The Linkin Park infused “Addict” follows. The song doesn’t necessarily reference drug addiction, rather anything that controls someone physically and mentally in a negative fashion.  “Being high without a drug is referring to finding true happiness and overcoming the crutch,” says the singer / guitarist. The breakneck juggernaut of “Run Away,” then crashes through and “could be the most meaningful song to me,” says Cole. “It signifies the father – daughter relationship in a broken marriage.  Giving assurance to the child that I will be your rock and can always be counted on,”  Featuring a hook as wide as the Pacific Ocean, “Impossible,” touches on the struggle of trying to break through to your significant other during the dying phase of your relationship. The Ep’s title track, “Aurora” finishes off the record with a more acoustic oriented approach than the rest of the songs on offer and tells a story of a girl cheating on her boyfriend. While she’s torn apart by guilt and not knowing what lies down the road, he just moves on with life, having few cares in the world … sort of an about face on life.

Leaving the military has allowed Cole to take a different perspective on life and has given him more flexibility to grow as a musician.  He sums it all up: “I was able to move back to where it all began, with new purpose and clear direction.