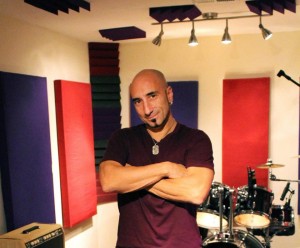 At the turn of the century singer / songwriter John Taglieri released his debut album, ‘Leap of Faith.’  The album title foreshadowed a career that has so far spanned a decade and a half and has taken John to places he’d previously only dreamed about…from topping the Amazon charts to hitting the Billboard charts to gigging around the world all while maintaining a half year residency in tropical Key West, FL.

In 2015 Taglieri is fourteen releases down the road and has crossed genres from hard rock to pop to country rock and with the True Believer Ep he has returned to the style that kicked it all off for him – pure, unadulterated melodic hard rock.  Writing on his own as well as with longtime friends John Calendrillo and Ron Ossi, Taglieri has created a hook heavy record that even the most discriminating rock fan will be drawn towards.

Launching all those years ago with that “leap of faith,” and after all he’s been through, it’s only fitting that his latest release be titled True Believer. The opening riff of “Don’t Ask Why” kicks off the Ep like a punch to the face and it never stops. Heavy, a bit dark, a bit angry…”Don’t Ask Why” is a song that you’ll want to repeat over and over louder and louder. The title track, “True Believer,” has been with John for over 20 years dating back to his former band Big Trouble. “The hook to the song has lived in my head all these years and I finally decided the time was right,” says Taglieri. “Way Out” is a mid-tempo masterpiece with a huge hook and a conversation we’ve all had at the end of a relationship at some point in our lives. “Take This Ride” & “Above the Sunrise” harken back to old school guitars, Hammond organs and in your face vocals. “Mad Mad World” closes out the Ep with attitude and aggression. “It’s a message about keeping on your toes before you get swallowed up in turmoil,” reflects the singer.

Growing up in suburban New Jersey, Taglieri was weaned on everything from The Beatles to Black Sabbath and everywhere in between. The musical palette he had growing up was wide and classic, full of bands that are today revered as some of the greatest in history. Influences from pop, hard rock, metal, R&B, new wave, punk and more can be found all throughout Taglieri’s catalog as a writer.

Recently John and his wife celebrated their daughter’s first birthday and it’s given him a new perspective on life. “Becoming a dad is the single greatest thing I’ve ever done. Nothing else comes close and my daughter brings new passion to my life in every way. I definitely am more driven than ever to succeed and make sure I can give my family the life they deserve to have.’

Fifteen years, fourteen releases, and every goal and milestone one could ever hope to have in a career. John Taglieri is indie for life and here to stay. He may never be a household name, but you’d be hard pressed to find a career as solidly built and as sustaining. 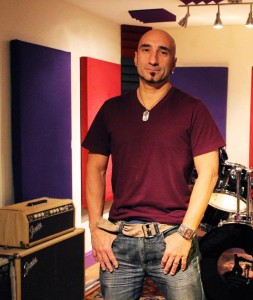