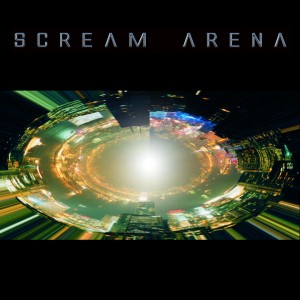 Rising Brit hard rockers, Scream Arena have just released their debut single, “Forever” b/w “Another Night In London Town.” Taken from their self titled debut album, due this summer through Vanity Music Group, the single (and album) was helmed by Paul Sabu, who has worked with the likes of David Bowie, John Waite, Madonna, Shakira, KISS and more.

Forging a reputation as a powerful live act, Scream Arena have held support slots with the likes of GUN, Panic Room, The Sign and Terrorvision, amongst others.

“Forever” is available digitally via iTunes and other legal download sites

Mar. 16 News no comments
On the rise hard rock act Zeroking have just released their debut single, “Stone Cold Bitch” (b/w “”Girls Of California”) digitally on Wednesday, 16 March through newly formed Vanity Music Group.
One of the top drawing bands in the Mid Atlantic region, the Huntington, WV based quartet has shared the stage with Bobaflex, Nonpoint and Saving Abel, amongst others. Rock Addict Radio voters chose Zeroking “Top Metal Band of 2010” even though the band didn’t even have any current product on the shelves yet.
Culled from the band’s upcoming sophomore album, Kings Of Self Destruction, “Stone Cold Bitch” was produced by the band and Steve Riley and is a raucous blast of energy, politically incorrect and controversial, with a chorus that has quickly become a sing-along fan favorite. “Girls of California” is instantly infectious featuring Slipknot style heaviness and Beach Boys influenced harmonies, that attempts to quantify at least one way you know are “bound for stardom”, but you’ll have to listen to the lyrics to find out for yourself.”We’ve been working and perfecting these tunes since right after we played Rocklahoma 2009 and it feels great for people to finally get to hear this record.” vocalist Andy Haught states. “While I dont think these encompass the entire scope of the 13 songs on KOSD, I do feel these two songs are a great introduction to our energy and vibe, and I cant wait for people to hear the rest of the record when we finalize our release details.”
The single is available from iTunes, Amazon, Spotify, eMusic and other legal download sites.