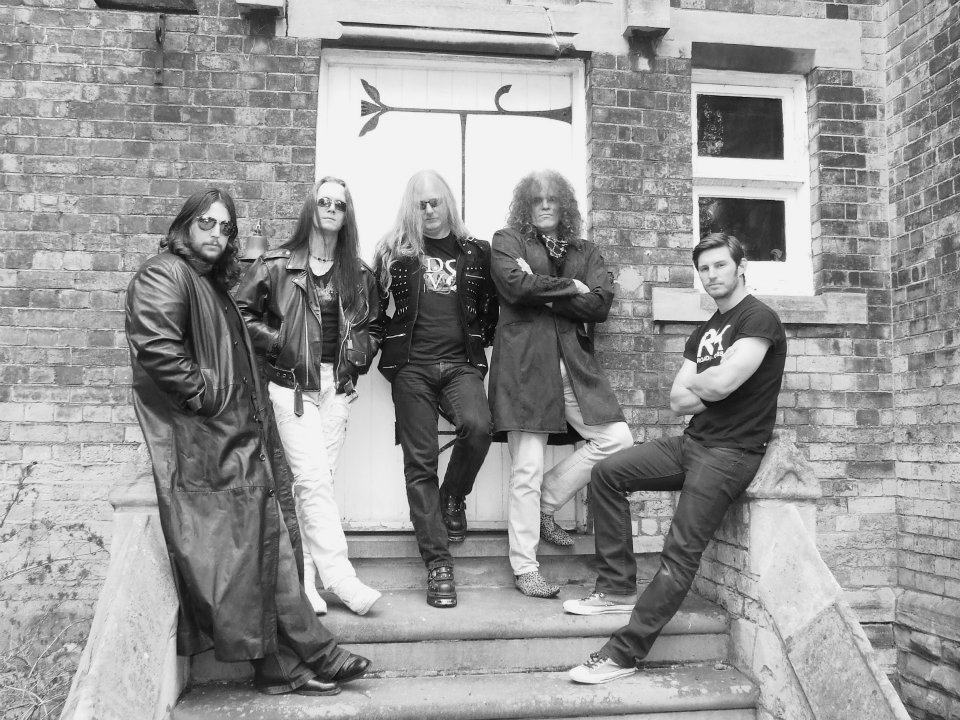 The United Kingdom has always provided it’s own twist on the US art form that is rock ‘n’ roll, from The Rolling Stones on, through Led Zeppelin, Deep Purple, Black Sabbath, The Who, Queen, Def Leppard, Judas Priest, Iron Maiden et al. And drawing on such greats amongst others,  York, England’s Scream Arena take a brand of melodic hard rock with metal undertow and give it a firm twist, balancing now with the classic. A rare feat.

Formed by songwriter Nick Daniel and lyricist Andy Paul and going through the usual line up changes until arriving at the motley but right crew the band is today, Scream Arena is a response to the both the fey indie bands masquerading as “rock bands” in Britain and the studied off the shelf misery of so many metal bands championed by the fashion conscious, Scream Arena is simply a full tilt hard rock band with a lyrical slant towards narrative storytelling. Scream Arena aims to give an audience a good time and leave them with a memory worth holding onto and returning to from time to time. “We are so tired of Smiths retreads and rewatered workings of The Clash being sold to us as the future of rock music,” says frontman Andy Paul.. “It was time to say “enough”.”

The catalyst for the Scream Arena debut album was famed US rock producer/musican Paul Sabu taking the band under his wing and guiding them along the way. Sabu was responsible for bringing the idea of a cover of the Elvis Presley classic “Heartbreak Hotel” to the table and being keen students of history and believing that an acknowledgment of the roots allows the way ahead to be clear, the band agreed and with Paul crafted a nod and a wink to the King. Bassist Nick Daniel recalls, “we saw no real reason behind covering “Heartbreak Hotel” but as we got into the idea we saw and appreciated the logic and indeed the song” .

The remainder of the songs on the album are self penned originals with the basic premise being that of telling a tale, be it real or imagined, but wishing to draw audience with ideas that they can relate to. Thus full tilt opener “Born Ready” is Tarantino made rock and roll, while “The Price of Love” is based on a very true tale where the names are changed to protect the badly behaved.

Granted the truth or otherwise lyrically is not always apparent but it is there, so the hugely melodic “Forever” turning on its big riff and chorus details the thought that chasing dreams can mean better ones, more realistic ones, get left behind, while the melodic undertow of the “Racing to the End of Night” wonders at the lengths that some will go for some small measure of fame, and in a world that prizes celebrity above greatness that is a pertinent question.

Humour also rears a Python-esque head as with the horror convention on head stance of the intense yet melodic “House of Pain”. Never anything wrong with a tongue planted in cheek from time to time.

This is a beginning for Scream Arena, a British band that charts its own course and does not apologise for such confidence. This is hard rock from the heart and soul and all Scream Arena ask is “listen to the album cos rock and roll is back on the menu …”