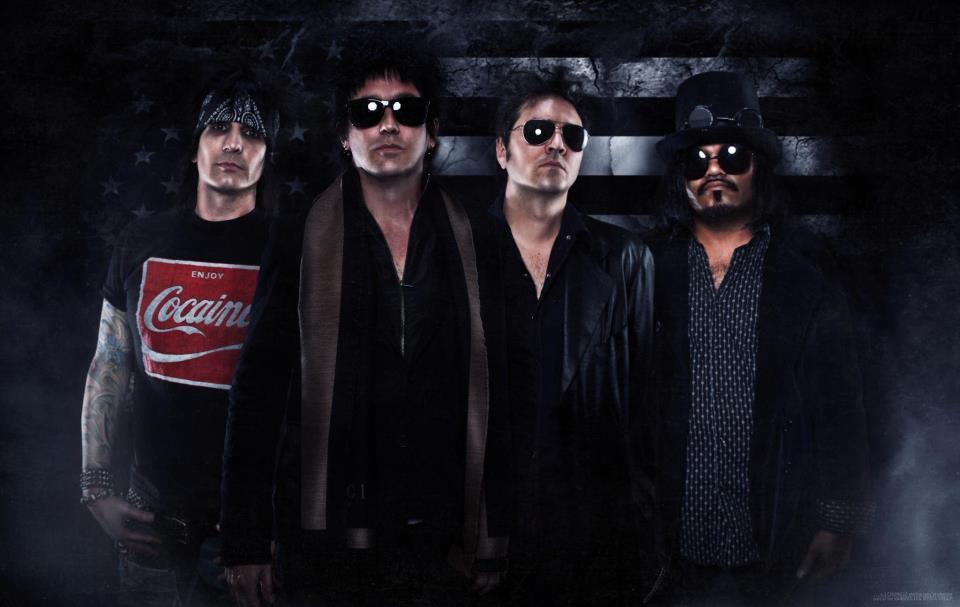 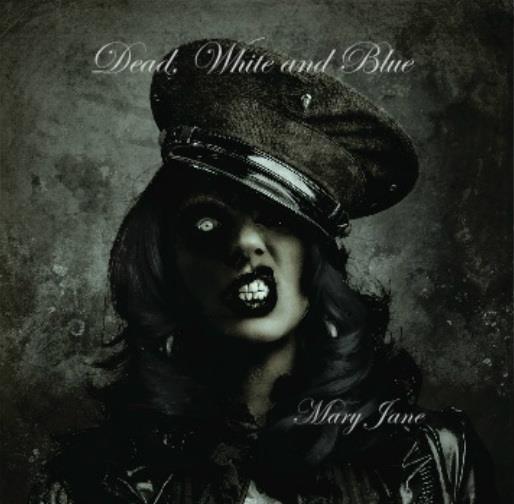 What do you do with an album that is twelve years old, never got released or even mastered but was a good decade before it’s time anyway? Well, in the case of one Russell Workman, you back up to the starting line and start all over again.

The basis for Dead, White and Blue’s debut, Mary Jane, was laid back at the turn of the century when Workman was then playing in various bands around Phoenix, AZ’s lucrative music scene – as well as support slots with Iron Maiden, Dio, and Korn amongst others.  Building a reputation as a solid songwriter and an over the top live performer, he went into Tim Rastas Studio in Tempe and laid down tracks for and album that was all set, primed and ready to be released in 2001.

And then it all came crashing down. Russell got busted by the Arizona state police and wound up doing 6 years in prison for a minor drug charge. “Prison only made me focus on what I was going to do when I got out,” Workman reflects .  A lot of it was obviously getting laid, and the most important thing was to get this album out.  The only good thing about prison is the food!. Just kidding, But seriously, it really made me stronger and more focused than ever. And, I’m off dope now so that’s cool.”  In 2012 Workman was free of his demons and anxious to work and play again.  After several phone calls and digging through vaults and closets the raw master tapes for his unreleased album were located and he immediately set to work overdubbing and updating certain sections of songs, re-mixing and finally mastering his long overdue hard work.

He reached out to longtime friends Mykel Sane, Harry McCaleb and Rich Contadino to complete the new lineup. .”I wanted the best I could find.  Funny thing is, they found me!” Russell laughs.  “We’ve all been friends forever and you know, these guys should have all been rich and famous years ago.”

The first person Workman tracked down was bass player Sane who had grown up playing music in the trenches of Hollywood and New York City, putting in time with former Babys frontman John Waite along the way. As well as Saigon Saloon, and Faster Pussycat.

Russell found Macleb slugging it out in the Phoenix clubs that the guitarist had built quite the name for himself in. All that was needed was someone to pound the skins and after wasting time with a revolving door of drummers who couldn’t cut the mustard, Russell finally reached out all the way to Los Angeles to pull old friend, Rich Contandino, away from a residency at the famed Cat Club and into the fray.

Eleven tracks strong, all of the songs on Mary Jane were written by Workman and show the raw power and unbridled emotion and angst that reflect his life. “We recorded this album without Pro Tools or any sort of “cut and paste” choruses,” recalls Workman. We wanted a real raw sound without it sounding mechanical.”

The planes hit the towers in New York the morning Workman started his vocal tracks, giving him a place to scream from and something to stand for. This music is some of the most real, raunchy rock and roll the world has heard in years – Workman prefers to call it “gut rock.” These songs aren’t so much from “the heart” as they are from the midsection. I was pissed when I made this record and knew in time that it would push itself to the surface.  I was disgusted with the way music had turned.  The boy bands and the ridiculous pop songs that were being fed to the world by the major labels on a daily basis. So I basically let the devil do the talking.”

The lead single off of the album is the opening track, “Take,” which tells the story of the chosen one’s rise to power and his eventual fall from grace.  The album’s title track, “Mary Jane” is a pop metal powerhouse with hooks from hell. “The song tells the story of a chick that just loved to party, break hearts and well ride the bull like “the great whore” spoken of in revelations….you know that old book with all the funny stories in it?” says the frontman.  “Suitcase Punk” speaks of having a “Christ complex” and getting rich from being the best. After all, who doesn’t want a suitcase full of money?  Mary Jane finishes strong with the blistering, “Burning In Hell,” A song about our future and our past that combines elements of Workman’s childhood and growing up with “alcoholic parents that set my fucking world on fire.” It’s about hell and how hot it must be there. In the minds of people that believe in that sort of thing, of course. Personally, I have been through hell and there’s no need to wait until you’re dead to experience it. It’s whatever you make of your life, you can either be in heaven, where I’m sure it’s nice and cool or you can burn in hell. I preferred the latter for awhile. Dope and prison was my own personal hell,” states Workman. “That song covers a lot of bases.  From government oppression to shooting up dead people with a needle given directly to me from God himself.”

It’s often said that the best things in life are worth waiting for.  Dead White and Blue’s Mary Jane has arrived.  Your wait is over. Get ready to be blown away.